Skip to main content
Welcome to ZoneOutTV Slow Down, Relax and Enjoy! ZoneOutTV is an expanding series of beautiful video ambiances to enjoy, relax and decorate with. You’ll watch again and again because they're scenes you’ll never tire of enhanced with natural sounds to sooth, relax or thrill..
✕ ✕ 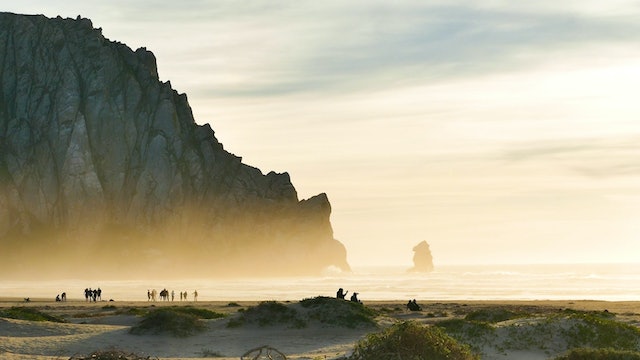 "2019 Glory Sunset" captures the stunning last moments of the last day of the previous decade.
On December 31, 2019, as the sun sinks off the west coast of the United States, a small group of people gathered at iconic Morro Rock in central California to say goodbye to the second decade of the new millenium.

Lovers, families, friends, dogs and birds all seeming to enjoy themselves as a winter ocean haze slowly drifts onshore.

When the sun dips low to the horizon for the last time in 2019, the shoreline fog explodes into golden color transforming the final moments of the day into a spectacular moment. The transformation takes about an hour and is a fitting tribute to an incredible decade.

ZoneOut TV was there taking it all in for you. We invite you to relive that incredibly peaceful moment before the storm of 2020 - We have been looping it on our big screens a lot in great appreciation of Glory Sunset of 2019.

BONUS:
Here is a still of the actual last rays of sun to hit the shores of America that day.

SOME FAVORITE MOMENTS:
00:02:20 A large bird of pray comes off the rocks and flies through the scene
00:22:15 A young couple sit in the midst of glorious splendor looking at their smart phones... The perfect emblem of the previous decade
00:44:00 The golden haze

EPILOG:
We had no idea the sun would rise the next day on the most bizarre and tumultuous year of our lifetime.

LOCATION NOTES:
Morro Rock is a volcanic plug in Morro Bay, California, on the Pacific Coast at the entrance to Morro Bay harbor. A causeway connects it with the shore, making it a tied island. The rock is protected as the Morro Rock State Preserve.

The 581-foot (177 m) Morro Rock is one of 13 volcanic plugs (remnant necks of extinct volcanoes), lava domes, and sheetlike intrusions between Morro Bay on the north and Islay Hill on the south, all in San Luis Obispo County.

The Chumash had an important nearby prehistoric settlement at least as early as the Millingstone Horizon (6500-2000 B.C.E.), and the village was near the mouth of Morro Creek, at the current site of Morro Bay High School.

The right of the Salinan people to climb Morro Rock for their biannual solstice ceremonies has been established, in which they celebrate the time in legend when a hawk and a raven destroyed a two-headed serpent-monster Taliyekatapelta as he wrapped his body around the base of the rock.

The established Salinan right to climb the rock has been in legal dispute by the local Chumash tribe, which claims that Morro Rock is Chumash, not Salinan, territory. The Chumash also believe that the rock is so sacred that it should never be climbed.

Because of its fragility, it is illegal for the general public to climb it. 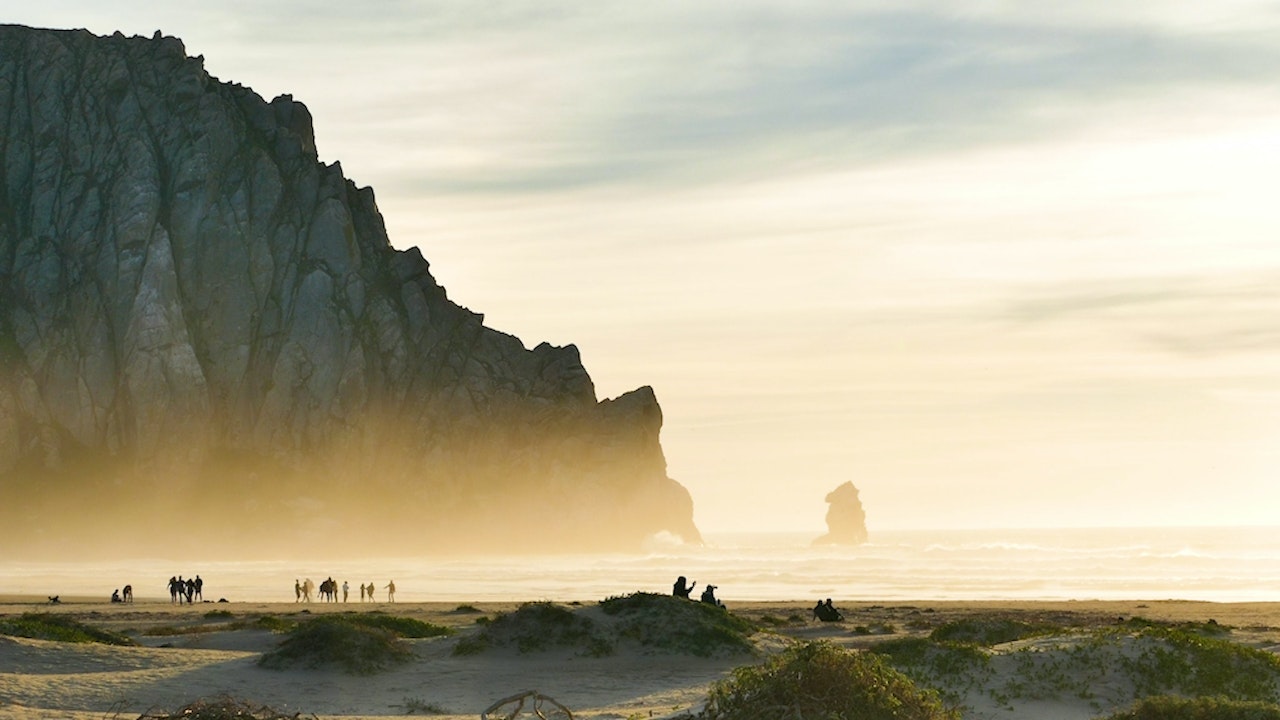